Here is the trailer from the upcoming film “NIGHTWALK”. The film is directed by Aziz Tazi. Starring Mickey Rourke, Eric Roberts and Sean Stone.

Mickey Rourke stars in this gritty action-thriller about one man’s quest for justice. It starts as Frank, an American, visits the Middle East with his girlfriend, Sarah. But when Sarah is killed in a police incident, Frank is framed for her murder and sent to a prison in the U.S. Then, after uncovering the conspiracy that led to Frank’s sentence, his friend dies mysteriously. Now, seeking bloody justice, Frank plans to escape from prison – but must partner with a dangerous gang to do so. 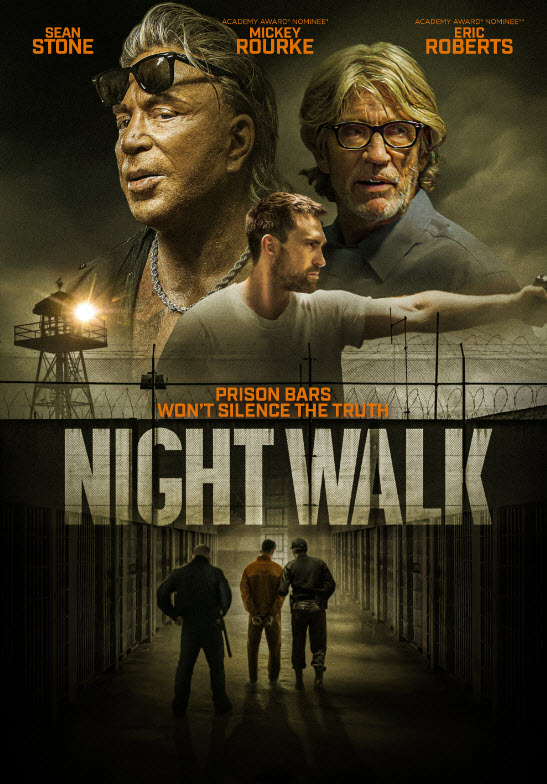