Five essential John Hughes classics arrive in one fantastic Blu-ray Collection on February 23, 2021 from Paramount Home Entertainment. The JOHN HUGHES 5-MOVIE COLLECTION includes the beloved favorites Pretty In Pink, Ferris Bueller’s Day Off, Planes, Trains and Automobiles, as well as the Blu-ray debuts of She’s Having a Baby and Some Kind of Wonderful. The Collection also includes access to a digital copy of each film. 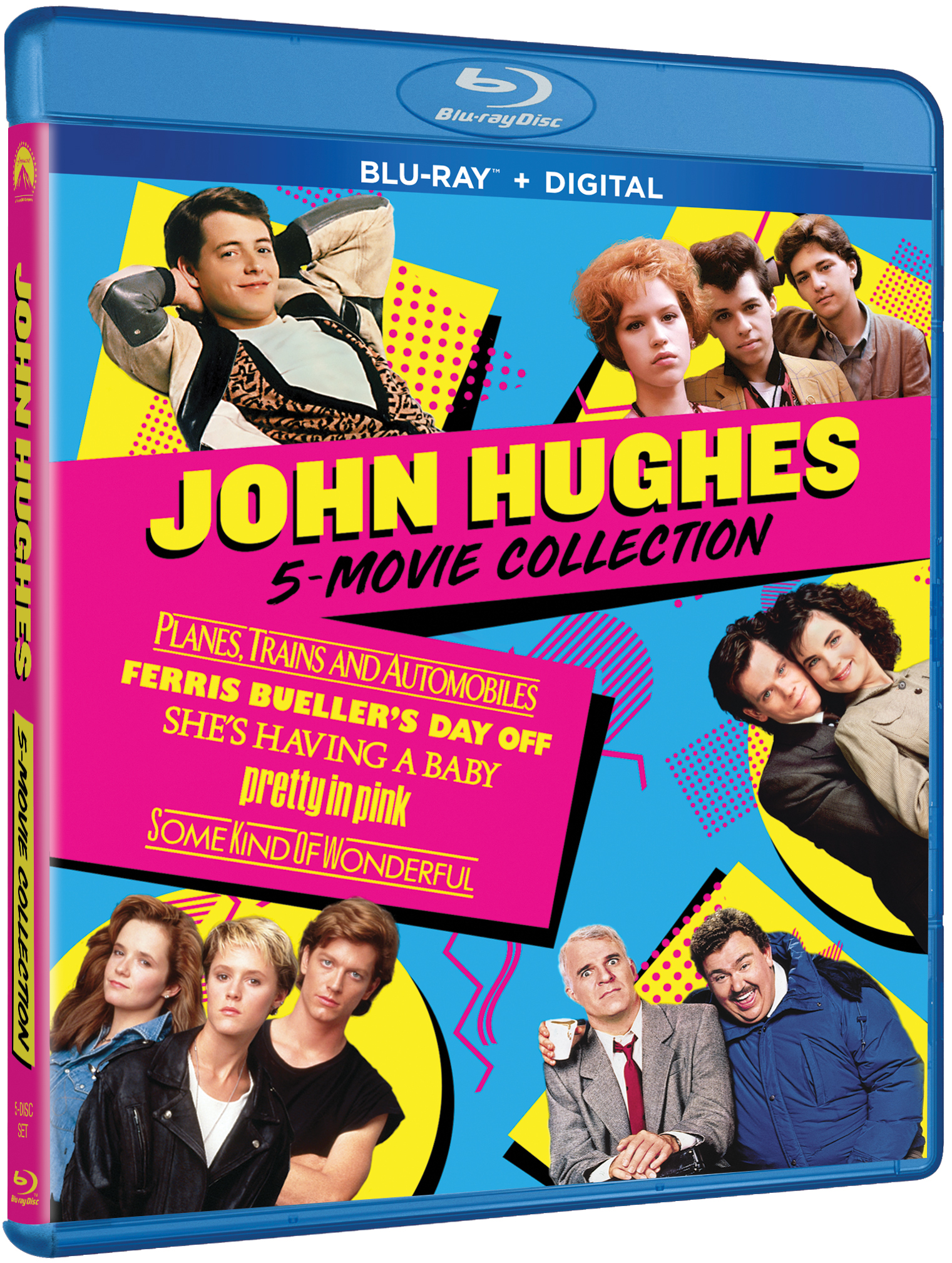 Originally released on February 28, 1986, Pretty In Pink celebrates its 35th anniversary in 2021. Produced and written by John Hughes and directed by Howard Deutch, the film stars Molly Ringwald and Andrew McCarthy. Andie (Ringwald) is a high school girl from the other side of town. Blane (McCarthy) is the wealthy heartthrob who asks her to the prom. But as fast as their romance builds, it’s threatened by the painful reality of peer pressure. The disc includes:

· The Lost Dance: The Original Ending

Howard Deutch returned to direct 1987’s Some Kind of Wonderful, which was also written and produced by Hughes and makes its Blu-ray debut. Eric Stoltz, Mary Stuart Masterson and Lea Thompson star in the affecting story of young love in which Watts (Mary Stuart Masterson) finds her feelings for her best friend, Keith (Eric Stoltz), run deeper than just friendship. When Keith gets a date with the most popular girl in school (Lea Thompson), the girl’s old boyfriend is unable to let go of her and plans to get back at Keith.

· BACK TO WONDERFUL: A Conversation with director Howard Deutch—NEW!

· The Making of Some Kind of Wonderful

· Meet the Cast of Some Kind of Wonderful

Also celebrating its 35th anniversary in 2021, Ferris Bueller’s Day Off continues to be enjoyed, quoted and revered 35 years after its theatrical debut on June 11, 1986. Matthew Broderick stars as a delightfully charming high school student who, with his girlfriend Sloane (Mia Sara) and best bud Cameron (Alan Ruck), ditches school to enjoy one perfect day as a kid with no responsibilities. The disc includes:

· Getting the Class Together: The Cast of Ferris Bueller’s Day Off

· The Making of Ferris Bueller’s Day Off

· Who is Ferris Bueller?

· The World According to Ben Stein

Produced, written and directed by John Hughes, Planes, Trains and Automobiles stars comedy greats Steve Martin and John Candy. The uproarious classic follows a businessman (Martin) who is struggling to get home for Thanksgiving, but burdened by one travel mishap after another, as well as the company of an annoying traveling salesman (Candy). Filled with outrageously funny situations and a generous helping of warmth, the film also features appearances by Michael McKean, Edie McClurg and Kevin Bacon. The disc includes:

· Getting There is Half the Fun: The Story of Planes, Trains and Automobiles

o John Hughes: The Voice of a Generation

o Heartbreak and Triumph: The Legacy of John Hughes

· A Tribute to John Candy

Hughes wrote, directed and produced the romantic comedy She’s Having A Baby, which arrives for the first time on Blu-ray. Starring Kevin Bacon and Elizabeth McGovern, the film follows an aspiring writer who must face up to the responsibilities of marriage and fatherhood despite his persistent doubts and unfulfilled ambitions. The disc includes: